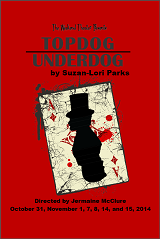 Winner of the 2002 Pulitzer Prize for Drama, Topdog/Underdog, a darkly comic fable of brotherly love and family identity, is Suzan-Lori Parks’ latest riff on the way we are defined by history. The play tells the story of Lincoln and Booth, two African American brothers whose names were given to them as a joke, foretelling a lifetime of sibling rivalry and resentment. Haunted by the past, the brothers are forced to confront the shattering reality of their future. Vibrating with the clamor of big ideas, audaciously and exuberantly expressed, this play considers nothing less than the existential traps of being African-American and male in the United States, the masks that wear the men as well as vice versa. 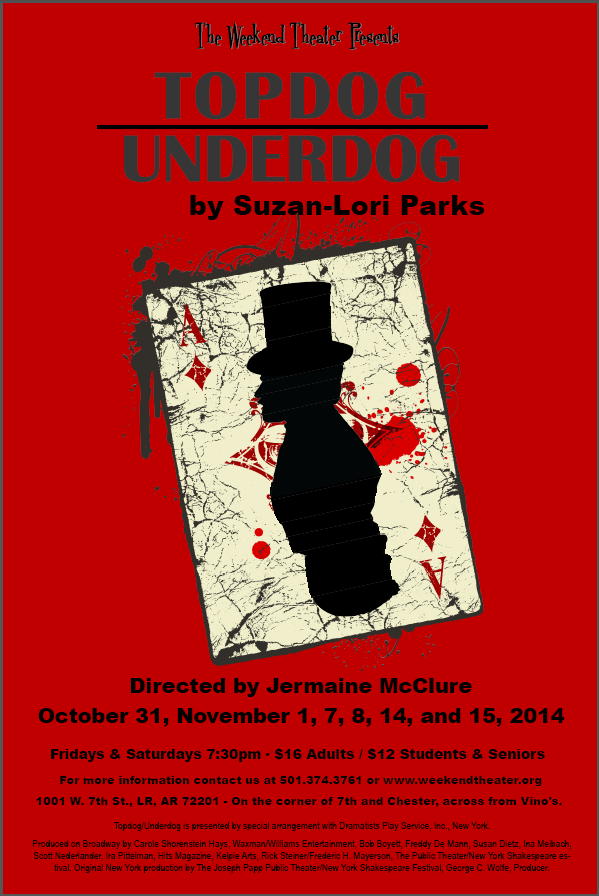