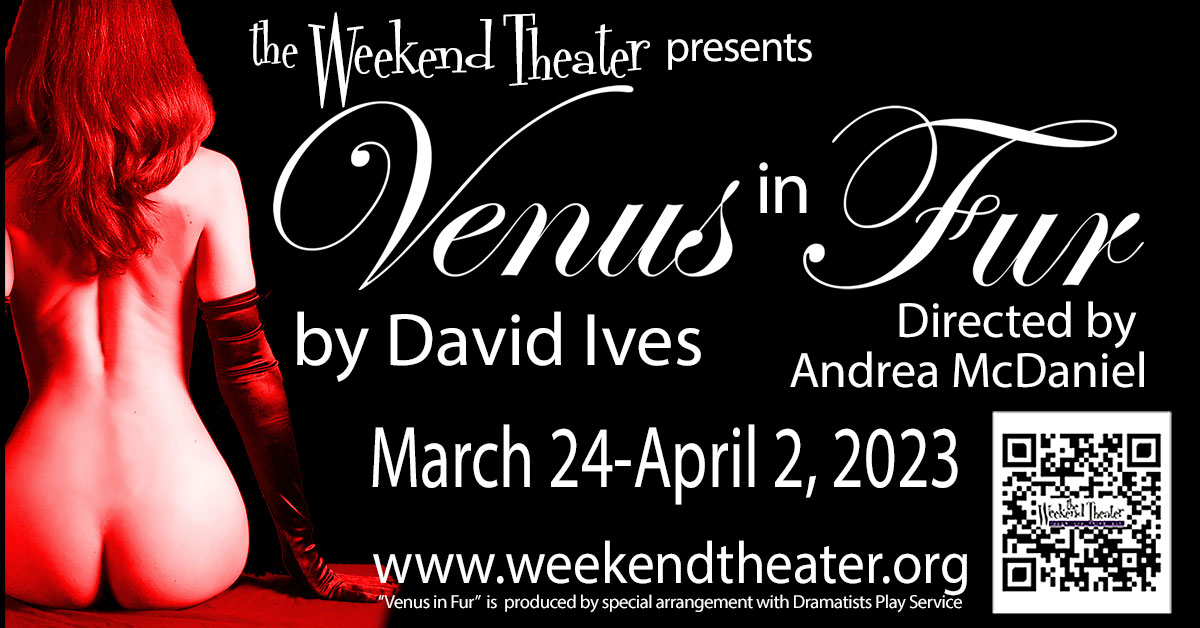 The Weekend Theater will hold auditions for

Venus In Fur by David Ives

The audition will consist of cold reads from the script, no monologues needed. Audition forms will be provided at auditions, with space for a headshot up to 2″ x 2″. If you don’t have a headshot, photos can be taken at the audition.

Thomas, a beleaguered playwright/director, is desperate to find an actress to play Vanda, the female lead in his adaptation of the classic sadomasochistic tale Venus in Fur. Into his empty audition room walks a vulgar and equally desperate actress—oddly enough, named Vanda. Though utterly wrong for the sophisticated part, Vanda exhibits a strange command of the material, piquing Thomas’ interest with her seductive talents and secretive manner. As the two work through the script, they blur the line between play and reality, entering into an increasingly serious game of submission and domination that only one of them can win. A mysterious, funny, erotic drama that represents yet another departure for the multifaceted David Ives. 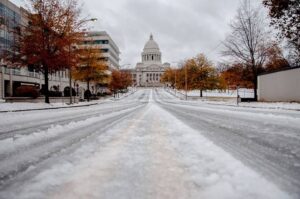 Next post Auditions for BatBoy: The Musical! at The Weekend Theater!