The Weekend Theater is pleased to announce that you demanded it and now Del Shores is coming to Little Rock, Arkansas! Friday, March 28, 2014 there will be a premier screening of Southern Baptist Sissies beginning at 7:30pm ($13.50); on Saturday, March 29, 2014 Del gives the Trust Your Gut! Acting Workshop from 11am to 4 pm ($125); and then Saturday night, enjoy the My Sordid Best one-man-show beginning at 7:30pm ($28.50), with a silent auction. A limited number of My Sordid Best VIP tickets ($48.50) include preferred seating at the one-man-show and attendance at the VIP Meet and Greet with Del immediately following the show, with complimentary cocktails and hors d’oeuvres. Fabulous!

Inexperienced actors let their nerves take over and the audition suffers.
Learn to overcome your fear and stop over-thinking! 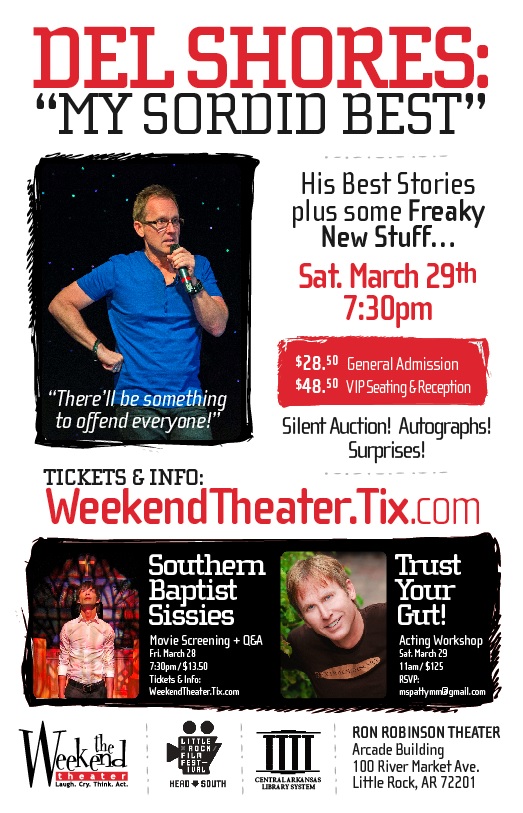 HELP US GET THE WORD OUT

This fabulous Del Shores weekend doubles as a benefit for The Weekend Theater, so we can use all the help we can get in letting Central Arkansas know about the show. Here are a few ways you can help…

1– Download the flyers and post them all over town. No business window or telephone poll should be without one. It means Spring is coming!

2– Invite your Facebook friends to our FB Event Pages.

3– Email all your favorite people a link to this page and encourage them to do the same.

4– Shout “Del Shores is Coming to Little Rock March 28-29. Be there!” from your front porch, cubicle entryway or shower at least once per day until someone tells you to stop.

“Del says what most people think. He has no censor — on or offstage. Audiences love him because of his ‘bless-their-hearts’ Texas charm,” explains Caroline Rhea. “Look, I’ve had a rough few months, okay. I’m bitter and mean and don’t give a &%$!, so no telling what I’ll say this time!” Shores warns.

Del Shores is a writer, director, producer, activist and comic. His career took off with the 1987 play Daddy’s Dyin’ (Who’s Got The Will?) and the subsequent 1990 film. He is best known for his 1996 play Sordid Lives which became a film in 1999 and later gave birth to an acclaimed 2008 TV series for Logo. His other plays include Southern Baptist Sissies, The Trials and Tribulations of a Trailer Trash Housewife and mostly recently Yellow, which won Shores the Los Angeles Drama Critics Circle Awards for Best World Premiere and Best Production. Shores also just completed the film Blues for Willadean based on his play The Trials and Tribulations of a Trailer Trash Housewife starring Beth Grant, Dale Dickey, David Steen, Debby Holiday and Oscar winner Octavia Spencer. His stage work has garnered countless other awards including GLAAD Media Award, NAACP Award, Los Angeles Drama Critics Circle Award, Back Stage West Garland Award, Ovation Award, Drama-Logue Award and LA Weekly Award (including their 2006 Career Achievement Award). Shores has also written for TV shows including Queer As Folk, Dharma and Greg and Ned and Stacey. In 2006 he was given a star on the Palm Springs Walk of Stars. He is the father of two daughters, Rebecca and Caroline. 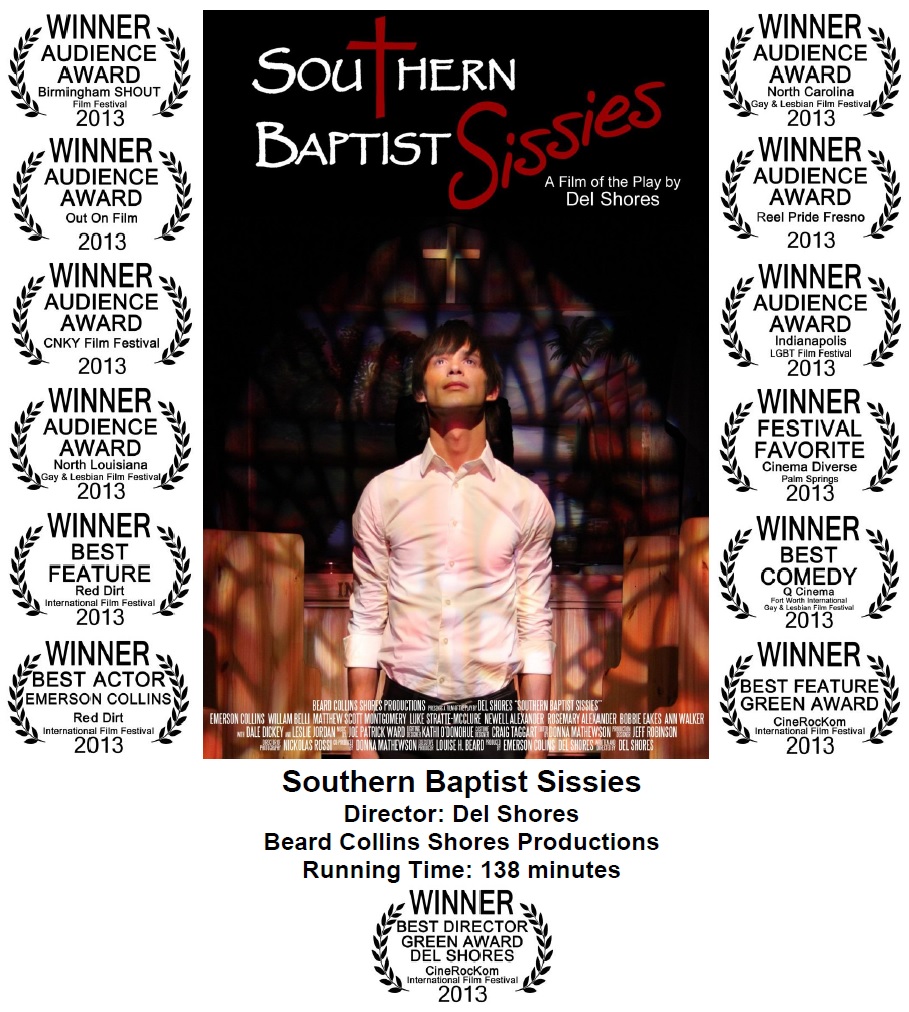 Southern Baptist Sissies is the film of the award-winning 2000 play by writer/director Del Shores. The film is not an adaptation, but an actual capturing of the play in the theatre on the stage, allowing the film audience to be a part of the electricity and intimacy of the original theatrical experience.

Southern Baptist Sissies explores the conflict between the caustic rhetoric of dogmatic religion and the fragile development of adolescent homosexuality while challenging hypocrisy, exposing damage and offering hope. Writer and director Del Shores draws the audience into the fire, allowing them to laugh one minute and cry the next as they experience complicated emotions revealed from all sides – the confused child, the struggling adolescent and the angry and damaged adult.

Southern Baptist Sissies follows the journey of four gay boys growing up in the Southern Baptist Church. Storyteller and narrator Mark Lee Fuller (Emerson Collins) guides the story through the formative experiences and moments that heightened the conflict between the rigid teachings of the church and their developing sexuality for each of the boys. Mark, the thinker, questions the teachings of the church from an early age, unable to understand a God of love who would send people to hell and grows into an adult eager to expose the hypocrisy he experienced. Andrew (Matthew Scott Montgomery), Mark’s childhood best friend and the sensitive one, prays harder and harder for God to take it away, even as he begins to venture into the gay world to explore the sexuality he is taught is a terrible sin. Benny (Willam Belli), the most flamboyant of the boys, embraces his own true nature early on and becomes one of the preeminent drag entertainers in Dallas, performing as country divas and ultimately Tina Turner. T.J. (Luke Stratte-McClure) is Mark’s first love. His fear of his military father and his acceptance of the teaching that the Bible says that “that kind of love is wrong” leads him to fight his own feelings, reject and judge Mark and attempt to live a normal life with a woman. 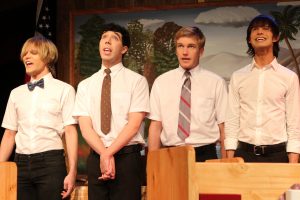 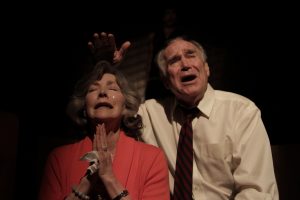 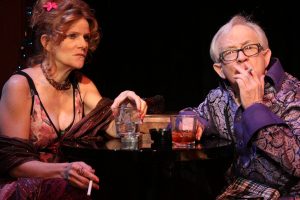 ABOUT THE TRUST YOUR GUT! WORKSHOP

This introductory audition workshop is designed to help actors deal with the greatest hurdle to a great audition – fear. Great actors second guess themselves, inexperienced actors let their nerves take over and the audition suffers as a result of overthinking and self-censoring. This workshop is for actors who struggle in auditions to learn to trust their gut. The actors show up with nothing prepared. Del provides a short monologue and an “under five” scene with a reader. He guides the actors through making fast, from-the-gut, risk-taking choices. Each actor then has twenty minutes to go out, work on the material and then return – without changing the from-the-gut choices they made in the rapid-fire decision making process.

“Del Shores is where I go to balance my creative PH. I constantly recommend his workshops and reel shoots to my actors – all ages! When I take one of his workshops, (and I’ve taken countless) I always feel creatively rejuvenated, like I’ve been to a spa for the child in my soul. You will laugh and cry, and always walk away feeling nurtured, challenged, and ready to attack your career. Can’t recommend him enough!”
– Nancy Chartier, Acting Coach, Nancy Chartier Studios, Dallas, TX

ABOUT THE RON ROBINSON THEATER

The Ron Robinson Theater, the newest performance space in the River Market district, is a 315-seat multi-purpose event venue. Part of the Central Arkansas Library System’s (CALS) Main Library campus, it is designed to provide programs for all ages including films, music performances, plays, readings, lectures, speakers, and children’s activities. Equipped with a state-of-the-art projection system for films and a separate sound system for spoken word and music, the theater will receive Digital Cinema’s highest rating.

THANK YOU TO OUR EVENTS SPONSORS…