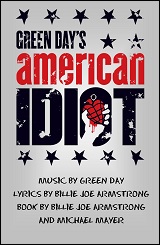 The two-time Tony Award-winning hit musical American Idiot is based on Green Day’s Grammy Award-winning, multi-platinum album. This energy-fueled rock opera, which includes every song from the album, as well as several songs from follow-up release, 21st Century Breakdown, brings us face-to-face with the perils of war, drug addiction, and escapism, and the power of true friendship. The story centers on Will, Johnny, and Tunny, who struggle to find meaning in a post-9/11 world. When the three disgruntled young men flee the constraints of their hometown for the thrills of city life, their paths are quickly estranged when Tunny enters the armed forces, Michael is called back home to attend familial responsibilities, and Johnny’s attention becomes divided by a seductive love interest and a hazardous new friendship. We follow the three as they try to find themselves and learn that, with acceptance, comes the possibility of hope.

The Friday, August 7 performance will have an 8pm Curtain instead of the usual 7:30pm. 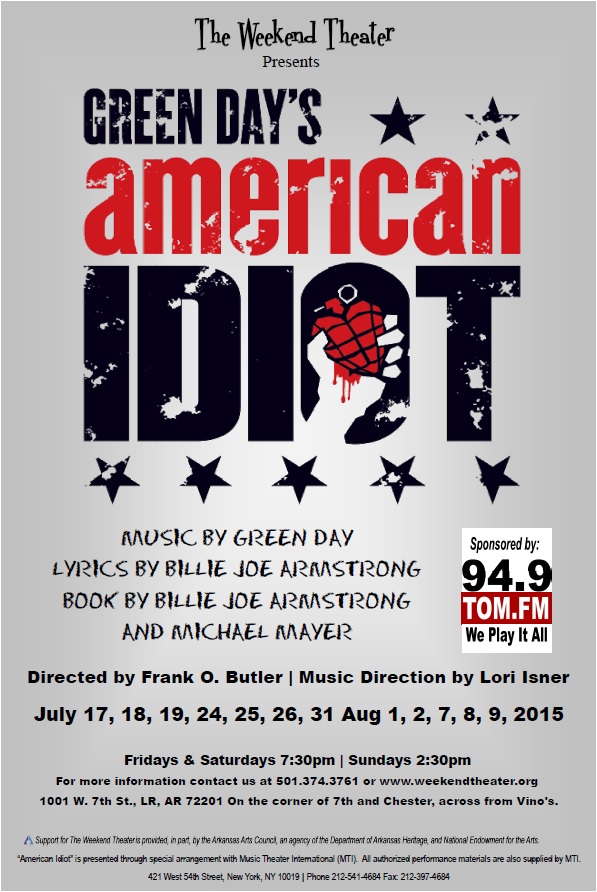