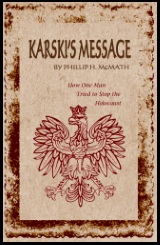 A World Premiere of local playwright, lawyer and historian, Phillip McMath, Karski’s Message is based on the true story of Jan Karski, a Polish World War II resistance fighter and later professor at Georgetown University. In 1942 and 1943, Karski escaped capture and near death to report to the Western Allies — Britain and the United States — on the situation in German-occupied Poland, especially the destruction of the Warsaw Ghetto and the secretive German-Nazi extermination camps. Karski personally met with world leaders, telling them about the situation in Poland, becoming the first eyewitness to try to convince the world that the Jewish Holocaust was a reality.

The Box Office and the theater open one (1) hour prior to curtain.

The House opens 30 minutes prior to curtain.

PLEASE JOIN US FOR POST-SHOW TALK-BACKS WITH THE CAST AND CREATIVE TEAM!

NOTICE: This show contains some adult language and situations.

PLEASE ARRIVE EARLY: The theater does not admit patrons who arrive after curtain time, due to limited volunteer staffing. 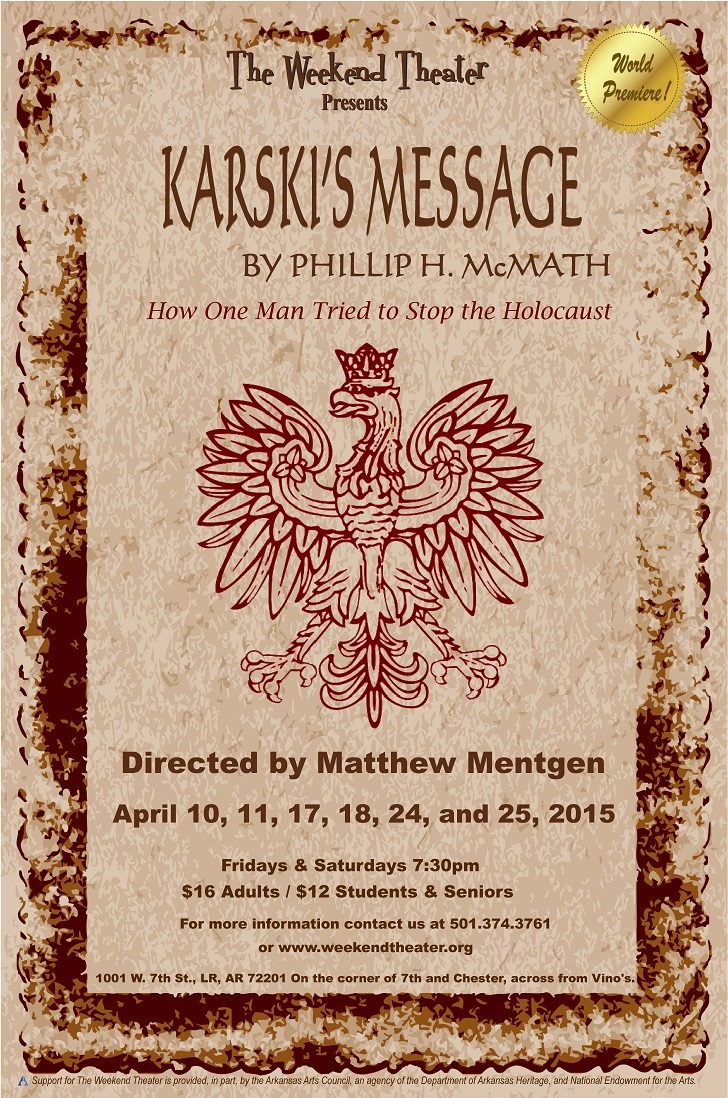