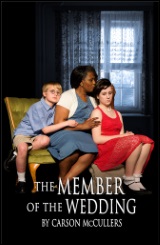 Winner of the New York Drama Critics’ Circle Award and the Donaldson Award in 1950 for best play,The Member of the Wedding is based on the Carson McCullers multi-award winning novel by the same name. The play set during World War II takes place over a few days in late August, 1945. It tells the poignant story of 12-year-old tomboy, Frankie Addams, who, like many pre-pubescents, feels disconnected from everything in the world; in her words, an “unjoined person.” Frankie’s mother has died in childbirth, and her widowed father is a distant, vacuous figure who has no idea of the anxiety his daughter is experiencing. Her closest companions in her small racially divided hometown are the family’s African American housekeeper and surrogate mother to Frankie, Berenice Sadie Brown, and her six-year-old pesky cousin, John Henry West. She has no other friends in her deeply southern birthplace and dreams of going away with her soldier brother and his bride-to-be on their honeymoon in the Alaskan wilderness. Frankie Addams desperately wants to become “joined” with the newlyweds in The Member of the Wedding.

The Box Office and the theater open one (1) hour prior to curtain.

The House opens 30 minutes prior to curtain.

PLEASE ARRIVE EARLY: The theater does not admit patrons who arrive after curtain time, due to limited volunteer staffing. 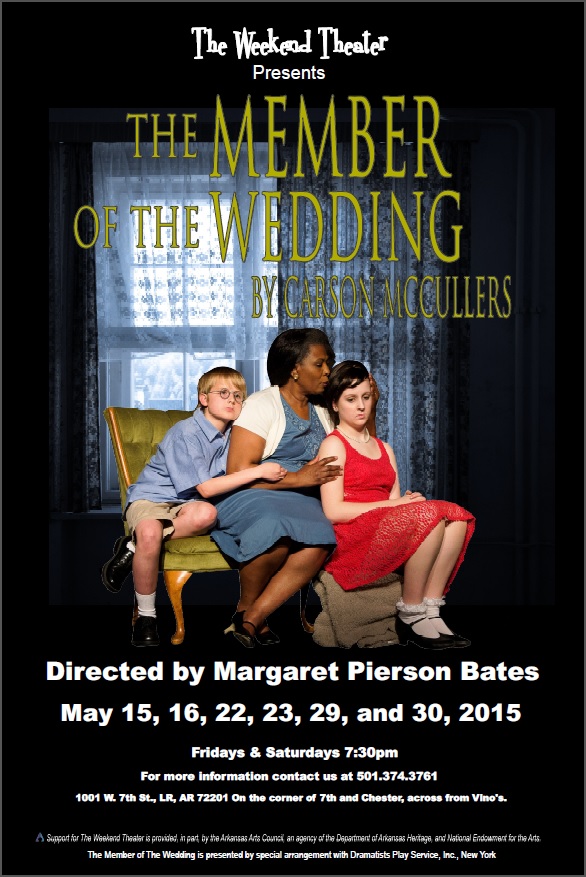